Keep up to date with our latest news 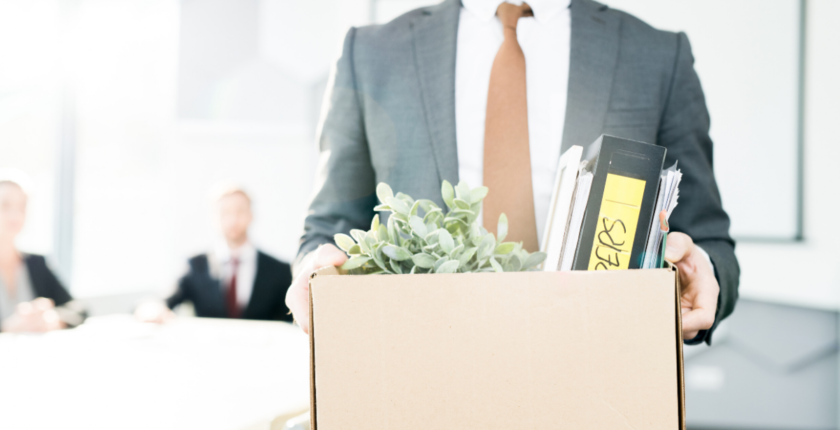 Psychological Effects of Quitting a Job Too Soon

As a professional, there’s a decent chance that, at some point in your career, you’ll need to quit a job. This could be caused by a move to a new city, receiving a better job offer elsewhere, deciding to go back to school full-time, or a multitude of other common reasons. In most cases, the justification is viewed as a positive or, at least, a necessity that can’t be avoided. As a result, you usually don’t have to bear much of a long-term emotional burden associated with the choice.

However, if you don’t feel confident about why you are quitting, there can be psychological consequences. In some cases, the ill-effects can be somewhat long-lasting, harming how you view yourself or leaving you wrestling with complicated emotions that make it hard to move forward. With that in mind, here’s a look at the potential negative impacts of quitting a job too soon.

When you quit a job because you feel that you couldn’t handle it or succumbed to hazy doubts about its potential, you might experience some level of personal disappointment. There’s a chance that you’ll wonder if you should have stuck it out, either for yourself or others. Guilt may then become part of the equation, especially if you internalize either letting yourself down or someone else.

You may also feel disappointed that the job wasn’t what you thought. If you built it up in your mind to be something it couldn’t have been or were sold on that idea by someone else, you may be upset that you tricked yourself or were duped by another. As a result, you blame yourself for not seeing the situation more clearly, creating more feelings of guilt. Plus, you might feel bad that you didn’t try harder to see the positives in the situation before choosing to leave.

Being Labeled a “Quitter”

While quitting just one job without strong justification that others would understand typically isn’t enough to damage your reputation, if you’ve done it repeatedly, you may worry that friends, family, and other professionals are labeling you a quitter. You may wonder if they see your choice as part of a larger pattern, one that indicates you can’t stick with it during challenging times or would rather walk away the moment something isn’t exactly what you want.

With this mindset, it’s common to be fearful about your reputation. Additionally, you may feel judged by those around you, and you may feel guilty for not measuring up in their eyes or angry that they don’t see things your way. In any of those cases, the psychological effect can be hard to overcome.

Ultimately, the easiest way to avoid the emotional consequences above is to make sure that you don’t quit a job too soon or for the wrong reasons. There is a multitude of reasonable justifications for leaving a position that doesn’t come with these ill-effects.

Plus, in some cases, by staying in the role, you can discover the bright side of being in that job by looking at it through the eyes of an optimist. With a little examination, you can make sure that you aren’t jumping ship too soon, giving you more peace of mind if quitting does actually end up to be the right decision.

If you’d like to learn more, the team at Twin City Staffing can help. Contact us with your questions today and see how our career management knowledge can benefit you.

Drop Us a Line